Showing posts from November, 2017
Show all

In which Foxie Loxie is a weird little dog, and he gets a grip 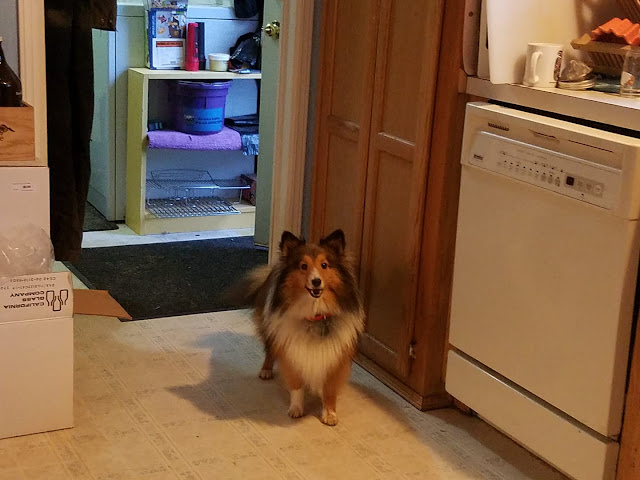 If Foxie Loxie ever gets cast in a performance of Winnie the Pooh, he will be perfect for the role of Piglet.

Fox, like Piglet, is a Very Small Animal who gets excited at the idea of being Useful, and who worries about things like Hostile Animals and falling trees...and...and...and...
the kitchen floor.


Fox has not always been afraid of the floor, but recently Roo has repeatedly knocked him rather sideways with her big fat fluffy butt.

In fact, she probably has never noticed that she does it.  When Roo gets Happy, she spins, and when Roo spins, she pays no attention to her surroundings.

This has almost led to catastrophe in the past, as when Roo nearly brained herself on a concrete wall.  She was so excited that she barely noticed the wall--even after she slammed into it head-first.

In which NaNoWriMo continues and there's a small clue here somewhere

November 22, 2017
Claus of Death:  a murder mystery
Anna had not cried.  She hadn’t yelled, or screamed insults.  She hadn’t even vomited—she was quite proud of that.  She’d felt like puking over Alex and Finn and Seamus and everyone else.  But she hadn’t.
When the brawl had roiled out of the kitchen to where people were gathered around the dining table, she’d looked over at Seamus on the bodhrán and the others on the step-up stage with her.
Seamus had grinned that easy grin at her, and, without turning to face the rest of the band, raised his thumb up over his head—the signal to pick up the already brisk pace of “The Rocky Road to Dublin”.
Jimmy on the flute gave a whoop and immediately sped them up, and Anna went with the others where the beat led them, Hunt the hare and turn her down the rocky road and all the ways to Dublin, whack follol de-dah….
Down on the floor, she saw more fighters jump onto the dogpile, while a few of the sensible ones—mostly moms with small kids, Anna noticed—grabbed up and…
Post a Comment
Read more 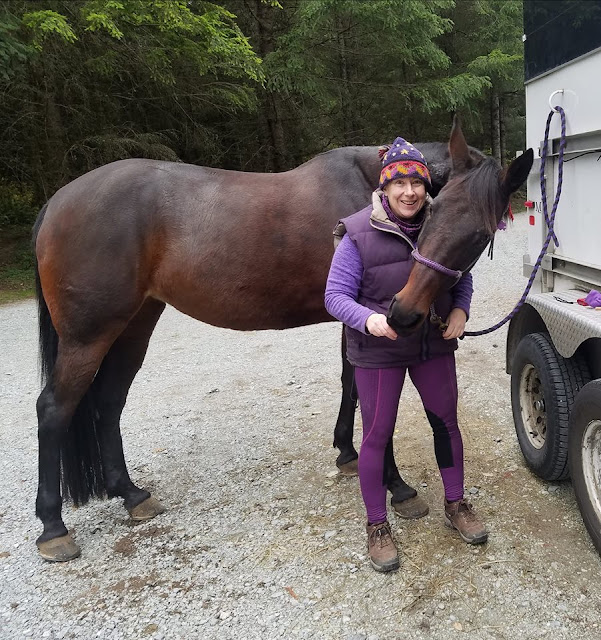 It's not very warm out there.

The trailer has been in the shop (driveway) awaiting repairs for the last two weeks.  I haven't entirely pined away.

It's been a couple weeks well-suited to hunkering down with my NaNoWriMo project, making soup, and keeping the woodstove going.


But as soon as the trailer was declared "FIXED"

And it was GOOD.

Granted:  we rode for two hours, and then came home  and I built a fire in the woodstove and  hunkered down with the laptop  and a bowl of soup.
But that's good too.
UPDATE:  Ten minutes after I published this post, the rain started bucketing down peas-and-carrots.  I think I'll make some cocoa to drink while I sit in my fireside chair and write!
1 comment
Read more

In which I provide another NaNoWriMo snippet to enjoy 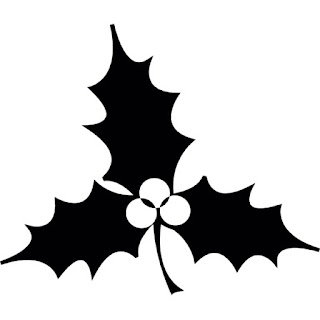 Claus of Death, a murder mystery

Louise Didn’t See the Bear knew that Anna Frost knew that Louise thought that Anna could be won over by a horse, but Anna didn’t believe it.
Anna had ridden horses her whole life, all over the world.
She’d been a military brat, traveled the globe and no matter where she’d been, her parents had made sure there were horses there to greet her.  Short, hairy ponies in Germany.  Tall, bony Thoroughbreds in South Africa.  Elegant finely boned Arabians in Egypt.  And, back in America while her dad was deployed to the Gulf, an enormous grey warmblood with legs like phone poles and the inexorable gaits of a freight train.  She’d ridden endurance in Argentina, hunted foxes in Ireland.
But Anna had never ridden a horse like Plum, and Louise Didn’t See the Bear knew it.
Plum didn’t look like much.  Almost as short as a pony, but with too much dignity and not nearly enough deviltry to be a pony.  Square of body, sturdy of leg, with feathered fetlocks like a dr…
Post a Comment
Read more

In which it's NaNoWriMo, and I'm writing a murder mystery 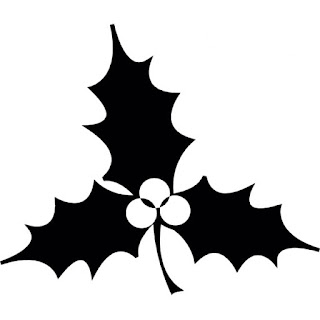 Claus of Death:  a murder mystery
Nick Frost was surprised to find a dead body in his living room.  He was even more surprised to find that the body looked a lot like him, down to the red tassel cap and gold reindeer buttons on the cuffs.
“Anna!” Nick hollered out the door to his daughter. “Awaayuu*!”
Out on the lawn there arose quite a clatter as Anna balanced groceries on her hip and shoulder and rushed through the door and into the house.  She stopped beside her father when she saw the body.  “Pʾubqliiz!**
Without stopping to do more than dump the grocery bags on the table, she knelt beside the body of the chubby man in red lying face down on the braided rag rug.  She felt for a pulse and didn’t find one.  Using her hand and her knee for leverage, she flipped the inert form of the man onto his back.  She tipped back his head, swept her finger inside the mouth rimmed by a formidable white mustache and beard, and searched for an airway obstruction.  Finding nothing, Anna looked up a…
1 comment
Read more

In which we return to Santa Camp, and there are many jolly folk 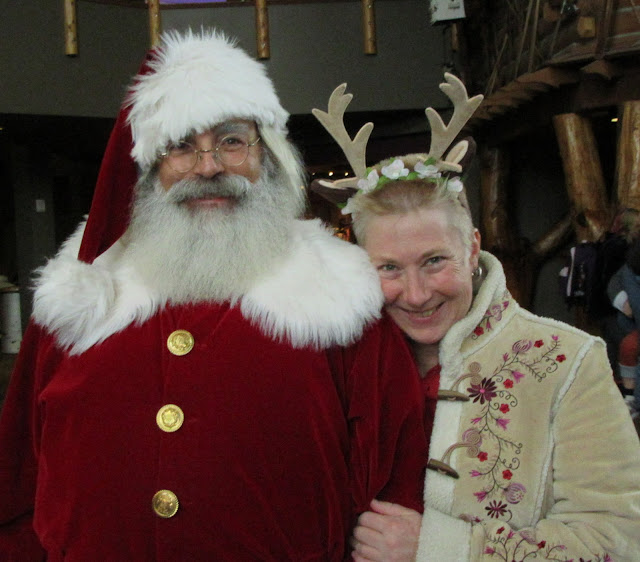 It's time to blow the dust off the Red Suit.


The NorPac Santas are a regional chapter of IBRBS:  the International Brotherhood of Real Bearded Santas.

More than that: they are a super group of jolly folk, dedicated to making people happy.

It's not all cookies and milk for Christmas performers, by the way.


Santa True's two-day workshop covers important topics like adding value to performances by including songs, stories, and audience participation, knowing how to stay in character,

and even a special session for Elves, Fairies, and Mrs. Clauses (and reindeer wranglers, like me!).


and spend plenty of time every day playing games

The culmination of the annual workshop is the Grand Parade through Great Wolf Lodge.


After much primping and fussing and taking of photos, the parade begins at last.

After the Parade is one of my favorite parts:  the meet-and-greet, in which the freshly groomed C…
2 comments
Read more
More posts