In which the reason that God made winter is discussed: a book review


Denny Emerson's name may be familiar to readers because he's a famous 3-Day Event rider.

Others may know him because of his extensive endurance career.

He's has been riding horses longer than most readers of this blog have been alive.  To hear him tell it, he's learned a few things along the way.

What I liked about this book:

This book features photos of the author through the ages--and in many cases, a caption to point out what he's doing wrong in the picture--jumping ahead of the motion, maybe.  In an adjacent photo, he shows how he has changed and improved--and notes that sometimes it took him 20 years or more to repair himself!  It's encouraging, in a "misery loves company" kind of way, to see that even a world class rider has done stuff imperfectly...and that same rider still struggles to improve, just as we all do.

The book has several sidebars that highlight his life with specific horses, beginning with his very first pony, Paint.  In each, he talks about his goals for the partnership, and what went right--and also, what went wrong.  For every sidebar horse profile that he shares, he also includes a concluding paragraph called "In retrospect", where he details what he would do differently with the horse if he could push the "do-over" button.  How many people even talk about this, let alone write about it?

He never once says that a particular horse was "bad."  There were some he calls "difficult" and "challenging," certainly.  But even the most difficult and challenging horses had virtues as well, and Emerson is quick to point to those.

He's an advocate for off-track Thoroughbreds, for classic Morgans, and for Warmbloods...but he also sings the praises of Quarter Horses, Connemaras, grade horses, and most of all, ponies.

The War Stories
Anyone who has sat 'round a campfire with horse folks has heard plenty of war stories:  the tales of things gone wrong, and how we survived 'em.  In more than 50 years of competition at high levels, Denny Emerson has collected plenty of war stories, and he's also had plenty of practice in telling them.

Come for the pictures, stay for the stories, sez me.

The Good Advice
Unlike some competitors, Denny Emerson gives out his wisdom with a free hand.  The subtitle of his book really sums this up:  mistakes I made with horses so you don't have to.

Truthfully, that is one of the reasons I wrote Endurance 101: I saw people making mistakes I had already made, 10 years prior.  Waste of a good mistake, thinks me.  Read my book, learn from my screw-ups, go invent new mistakes of your own!

Emerson is a huge advocate of walking--both for humans and for horses.  "It's hard to get hurt at a walk" is his mantra, and he practices what he preaches.  He spends hours, every week, walking his young horses, teaching them about being out in the weather, on uneven ground, over rough terrain, through water, up and down hills.  No agenda, no pressure, no hurrying.  "A good walk can be your secret weapon."

Now, that is good advice.  And there's more of it, but I'll let you read it for yourself.


His book list
Some of them, I could have predicted (The Tevis Cup by Marnye Langer and The Making of the Modern Warmblood by Christopher Hector).

Some of them made me smile (The Black Stallion by Walter Farley and  Justin Morgan Had a Horse by Marguerite Henry).

But, since he took the time to put together a list, I think it's worthwhile to consider reading some of his recommendations.  (Especially Hey Cowboy, Wanna Get Lucky? by Baxter Black, one of my all-time favorite equine humorists).

I don't usually advocate buying a book, especially when you can get your public library to buy it.

If the library owns a book, you can read it, and when you're done, a total stranger can read it, and then another and another.  I'm a librarian, and that kind of sharing seems the best way for most books.

I borrowed this book from the library (and they probably bought it because I requested it), and I'm glad I did.  Tomorrow, I'll return it to the library, and then I'll go over to my local bookstore and buy a copy of  Know Better to Do Better for myself.

If you don't follow Denny Emerson's "Tamarack Hill Farm" Facebook page, do.  I've been reading his page for several years now.  Some of the stories in the book are familiar to me because I read them on Facebook first.

There are always new stories, because he isn't done riding...and he isn't done writing yet, either.  He reads every comment, and he responds to readers thoughtfully.  He is quick to acknowledge that he doesn't know everything...but we would be crazy to ignore the opportunity to learn the stuff he does know.


It's winter.  The weather is awful, and it's going to stay awful for a couple more months.  Don't waste this time!  Go get this book.

In which living at the center of the plague-zone feels a little...weird 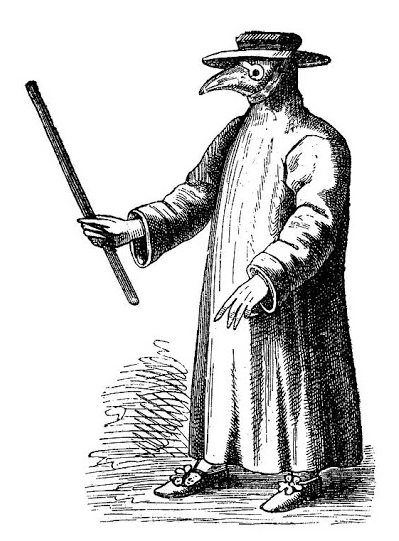 Greetings from the Plague Zone


At home on the farm, things are peaceful.  The birds are beginning to return after winter sojourns, the ground is almost ready to plant.


At the libraries where I work, things seem serene enough...from the outside.

Inside the building, it's another world.


We are near the epicenter of the Washington State outbreak--Life Care Center in Kirkland is literally less than 10 miles from one of my library buildings.

The chart was pulled from this analysis, which I highly recommend for clarity and concise summing-up of what the pandemic means for us right now, and in the near future.


The library's circulating collection of puppets is, by definition, a bit ooky.  I brought the whole gang of them home for a nice long wash in Lysol detergent at Santa's Sanitizing Spa for Stuffies and Puppets.


We are not travelling…
Read more

In which, in the midst of crappy times, there are still things to make us laugh

I won't lie:  the pandemic is bad.

There's too much time to stalk the news channels, to rant and rave about various elected officials who may or may not be idiots, and way too much time to worry about the uncertain future.
I remind myself that I'm perfectly capable of improvising under less-than-perfect circumstances--that is, in fact, what a lot of library work involves (not to mention farm tasks! and endurance riding!  and pretty much everything I do!).

I can use the tools and materials I have to address the problems I encounter, and I will be fine.
So, I've been digging in the garden and working on my puppet.

I've also been touching bases with friends online, making sure everybody has what they need, if not everything they want.  And between us all, we've managed to come up with some stuff to laugh at.

I'm going to put some laughable stuff here for y'all.  If you have something you think I should share, send it, and I'll put up another post.
…
Read more

In which there's an update from the Plague Zone: it's hard but there are dragons 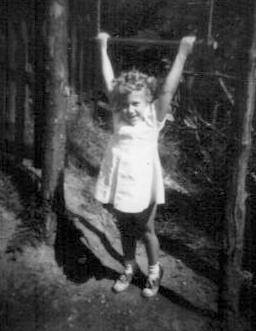 "I didn't go to a circus until after I was married."    -- my mom, reflecting on quarantine measures for polio


I heard someone interviewed on the radio last week who bleated something like "there's never been a real epidemic here in living memory," and I thought, "what are you, about eleven years old?"
My mom remembers clearly that summer was called "polio season" when she was growing up.  Summer was when poliomyelitis would strike--fast--leaving children paralyzed and unable breathe without machine-assist.  Polio terrified my Gran, and she kept her kids in their own yard all summer.  No trips to the swimming pool, and definitely no fairs or carnivals or circuses where there were sure to be crowds.  That was normal child-rearing stuff then.

Polio isn't even close to the only real epidemic we've faced "in living memory,"  for crying out loud.