Does your family open gifts on Christmas Eve?  On Christmas morning?  After church?  Before breakfast?

Here at the Haiku Farm Blog, I like to celebrate the winter holidays by sharing a bunch of stories with my readers.  This is just the first of many.  Feel free to print, copy, forward, and share.  That's what stories are for. 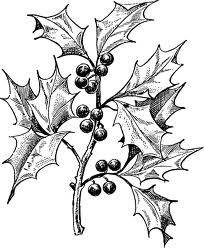 La Befana (Italy)
Long, long ago, la Befana, who was even then an old woman, lived alone in a lonely place where four wide roads met.
At the time this story happened, the roads were white with snow, for it was wintertime. In the summer, when the fields were full of flowers and the air full of sunshine and singing birds, la Befana’s home did not seem so very quiet; but in the winter, with only the snow-flakes and the shy snow-birds and the loud wind for company, the little old woman felt very cheerless. But she was a busy old woman, and as it was already twilight, and her home but half swept, she felt in a great hurry to finish her work before bed-time. You must know la Befana was poor and could not afford to do her work by candle-light.

Presently, down the widest and the darkest of the roads, there appeared a long train of people coming. As the procession came nearer, and finally stopped outside the little hut, la Befana was frightened at the splendor. There were Three Kings, with crowns on their heads, riding camels with harnesses of gold, and carrying many treasures.

Befana was frightened, so she hid herself in her hut, and let the servants of the Kings knock a long time at her door before she dared open it and answer their questions as to the road they should take to a far-away town. You know she had never studied a geography lesson in her life. She knew the way across the fields to the nearest village, but she knew nothing else of all the wide world full. The servants scolded, but the Three Kings spoke kindly to her, and asked her to accompany them on their journey that she might show them the way as far as she knew it.

They told her that they had seen a Star in the sky and were following it to a little town where a young Child lay. The snow was in the sky now, and the Star was lost out of sight.

"What Child is this?" asked the old woman.

"He is a King, and we go to worship him," they answered. “Come with us, Befana!"
Shouldn't you have thought the poor little woman would have been glad to leave her desolate home on the plains to accompany these Kings on their journey? But the night was dark and cheerless, and her little home was warm and familiar. She looked up into the sky, and the Star was nowhere to be seen. Besides, she wanted to finish sweeping.

Perhaps she would be ready to go to-morrow.
The Three Kings could not wait, and when the sun rose again they were far ahead on their journey. It seemed like a dream to la Befana, for even the tracks of the camels' feet were covered by deep snow. Everything was the same as usual; but to make sure that the night's visitors had not been a fancy, she found her old broom hanging on a peg behind the door, where she had put it when the servants knocked.

Now that the sun was shining, and she remembered the glitter of the gold and the smell of the myrrh, she wished she had gone with the travellers.

It is a dreadful feeling to realize that one has lost a chance of happiness. Soon, the thought of the Little Child became her first thought at waking and her last at night. One day she shut the door of her house forever, and set out on a long journey. She had no hope of overtaking the Kings, but she longed to find the Child.

People told la Befana how the Child was born in a manger and was visited by shepherds and angels and Kings. She did not know where or how to find him, for the Star no longer shone above his birthplace. She had only one thought: she would seek out the little King and take him a gift.

She has forgotten, I am sure, how many long years have gone by.

She looks in vain for the child in the manger, but she has never stopped looking. Even now, when an old grandmother sits nodding by the fire, and the bigger children sleep in their beds, old Befana comes hobbling into the room, and whispers softly, "Is the young Child here?”

She does not want to miss her chance again, and so she leaves a gift for every child.