In which we upgrade goat living quarters to Goatenheim 2.0 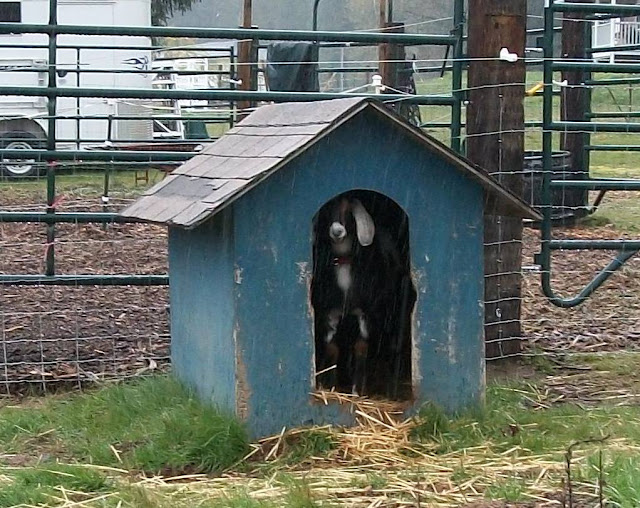 Our goats are getting old.
More than 10 years ago, Madeline and I drove over to Eastern Washington to visit Gail and Mike, and to pick up two cute little goat kids that Ryan had procured for us.
Later that week, we set up Goatenheim, the realm of goats, which contained a little goat house and a small horse-resistant enclosure of their own.


I recently fixed up the fence around their enclosure (due to Draconic "helpfulness")   but the only improvement to the goat-house itself in all this time is a new layer of shingles every-other year.
The little goat-house is certainly showing its age, and so, frankly, are the goats.  Goats normally live 10-12 years, although they can certainly live longer.
(Patty assures us that our goats, who are really kind of jerks, will probably live forever.)
After 10 years, it was time to give Lupin and Dobby a space that was a little bigger, that could be bedded deeply and cleaned conveniently.
Which led us to... 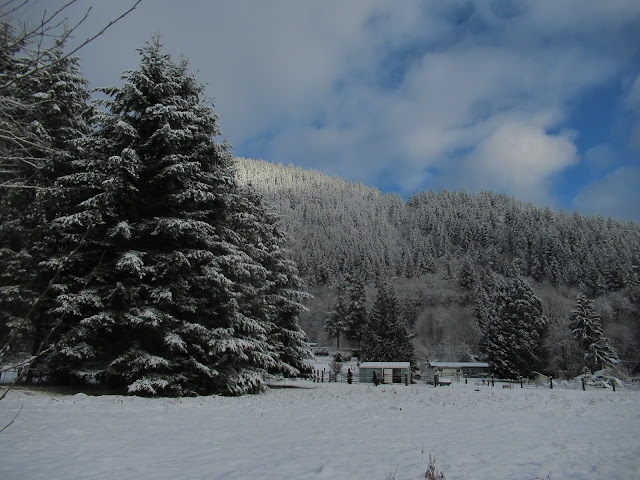 I wouldn't mind this stuff if it only lasted for a day or two.


I was stuck at home anyhow with a nasty sore throat and cough, so it's not like I would have been at work yesterday.

But today, my throat is less sore, and I can talk for a whole sentence without needing a cough drop.


Jim spent the last two days adding two new awesome accessories to Yolanda:  a plow blade on the front, and a salt spreader on the back!

But, there's nowhere to go.


My libraries opened late and closed early--and will probably do the same for this whole week, if they don't close entirely.

And, just look at the forecast for our neighborhood:

The Dragon doesn't approve of all this white stuff on top of her food.  She rampaged, as usual.

After the Rampage, I trekked into the alder thicket in the pasture to look around. 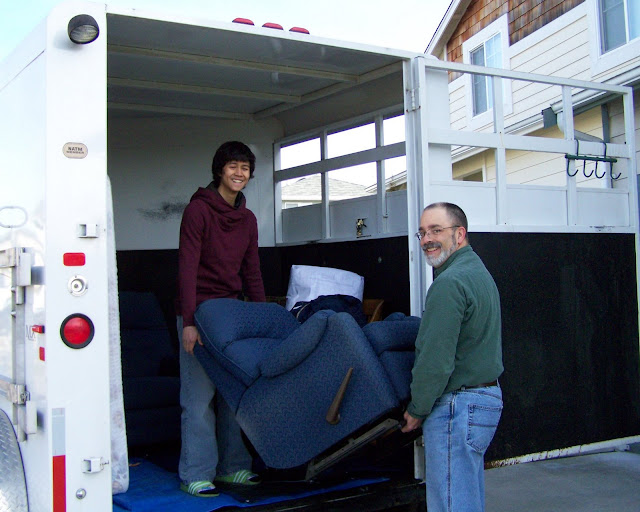 The challenge: Post the most significant photos from your blog from the last 10 years ...but only ONE PICTURE per year!

Challenge accepted!
This blog officially started in 2008, when we were trying to buy Haiku Farm.  Who knows what would have happened if the financing tanked permanently, or if we decided we wanted to buy a different place?  But none of that happened.  Instead...
2009
In March 2009, we not only (finally) closed on the purchase of Haiku Farm, we also added a family member:  Will came to live with us from Korea.

"Welcome to America, kid, now grab that furniture and help me load it into the horse trailer."

We spent the year helping Will learn to live in America and simultaneously built important parts of the Farm...like the pasture fence, and the chicken enclosure!  We brought the horses home in May, which was truly an epic day.  We bucked hay, and stacked firewood, and worked our tailfeathers off.

It was a good year.

Lisa joined us in September 2010, which was…
1 comment
Read more 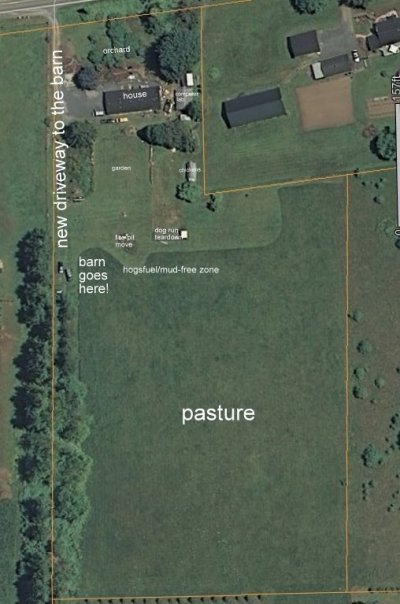 Haiku Farm has changed a lot in a decade.

We had big plans when we moved here:


We've gone from a single, scrawny, gravely garden in 2009, to three gardens.

We built a barn!


People have come and gone, and so have animals.

The kids are now living out on their own--Will is an HVAC Tech living in Renton, Washington.  Lisa is a fashion model, and she lives in Seoul, Korea.