Showing posts from 2015
Show all

December 31, 2015
Here's the last of this season's Gift of Stories: a tale stolen from a children's picture book.  Check your local public library to see the original--it's out of print and hard to find now, but the drawings are worth the hunt.
The blog-as-usual will resume in January.  Happy New Year, all y'all! --Aarene
Socks for Supper  by Jack Kent In a faraway place in a long-ago time there lived an old man and his wife.  They were very poor.
All they had was a tumble-down house and a tiny turnip garden.
One day, the man said to his wife, “One can get tired of eating nothing but turnips.”
Not far away there lived a couple who had a cow.
The old man and his wife used to look at the cow and dream of milk and cheese.
“Maybe they’ll sell us some,” said the old man.
“We don’t have any money,” his wife reminded him.
“Perhaps we could trade them something for some milk,” said the old man.
“Perhaps we could,” his wife agreed.  And they searched the house for something to trade.  They looked and lo…
1 comment
Read more

December 30, 2015
I've told a version of the "Field of Buttercups" story for years as a St. Patrick's Day tale, but it's just as much fun to share it in December. --Aarene
The Field of Boliauns and Buttercups - collected from Joseph Jacobs One fine day in harvest—it was indeed Lady-day in harvest, that everybody knows to be one of the greatest holidays in the year—Tom Fitzpatrick was taking a ramble through the ground when all of a sudden he heard a clacking sort of noise a little before him in the hedge.
"Dear me," said Tom, "but isn't it surprising to hear the stonechatters singing so late in the season?"
So Tom stole on, going on the tops of his toes to try if he could get a sight of what was making the noise, to see if he was right in his guess.
The noise stopped; but as Tom looked sharply through the bushes, what should he see in a nook of the hedge but a little wee teeny tiny bit of an old man, with a little mottyof a cocked hat stuck upon the top of his…
Post a Comment
Read more

In which the Gift of Stories continues with another "sock" story

December 29, 2015
While digging up stories to share this year, I also stumbled on a lot of amusing traditions and folk beliefs concerning socks and stockings.  Who knew? --Aarene
The Prince's Secret  -  a story by Barbara Ker Wilson Long ago, there once lived a man who had three beautiful daughters.
All three of the girls were beautiful and kind.  But the youngest daughter was so forgetful!
"Watch out for the pot on the fire," said the father and the sisters to the youngest daughter, as they set out for the market.  But five minutes later she had forgotten what she was supposed to do, and got busy with the basket of socks to be darned.
When the others returned from the market they found that all the socks had been mended, but the supper was burned.
"How can anyone be so forgetful!" complained the older sisters, and the poor youngest girl cried because she couldn't do anything right.
One day a prince came riding through the woods and knocked on the blacksmith's door.  As the el…
Post a Comment
Read more

December 28, 2015
I love historical stories, and I was thrilled when a storyteller answered my call for "sock stories" with a link to this one.  Enjoy! --Aarene
The Last Darning Needle - an Oregon folktale retold from the story by S.E. Schlosser Folks traveling the Oregon Trail looking for a new life left almost everything behind them when they made the 2000 mile journey in their covered wagons.  As the trail grew harder, the valleys steeper, the mountains more treacherous, they started abandoning furniture and luxuries of all sorts by the wayside to make it easier to move the wagons.
By the time the settlers reached Oregon, the few goods they had were precious indeed.  And so it was for the people who made their new home in Pass Creek Canyon.  The tiny settlement was so isolated that the villagers had no access to manufactured goods of any sort and had to make do with what they brought with them.
Soon they were soon down to their very last darning needle.
Now, darning needles were used to sew…
Post a Comment
Read more

December 27, 2015
My family has recently noticed that we really don't need more stuff.  In the coming months my brother will be getting married, my parents and my kids will be moving (not together), and the rest of us are...pretty full up on stuff.  So this year for the holidays, we've decided to celebrate "Socksmas."  Instead of exchanging big gifts and gift cards, we will spend time together and exchange socks. Socks are rarely the wrong size or color, they are easy to pack up with you move, and hey:  who doesn't need socks?
That's why the stories this years have a decided "sock-y" theme.  I thought y'all would like to know that. --Aarene
The Golden Chair a story given by Barra the Bard Every day, through summer and winter, it was the job of a young lass to lead her family’s flock up on the moor.
As the sheep grazed around her, she would sit on a rock and knit socks from of the wool scrips and scraps she had saved into her possibles bag.
All day, every day, she wo…
1 comment
Read more 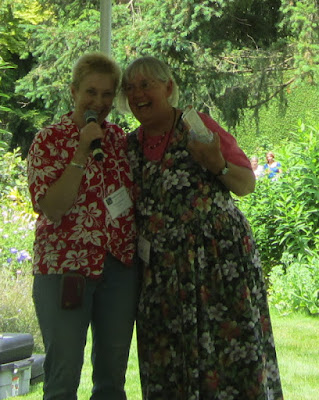 Storyteller Margaret Read MacDonald taught me my very first "tellable" story ever, back in 1993.  She travels the world collecting tales and sharing them with audiences.  She's published this one as a book, but I heard her tell it at the Powellswood Storytelling Festival in 2014, and I'm sharing my version of her story here. 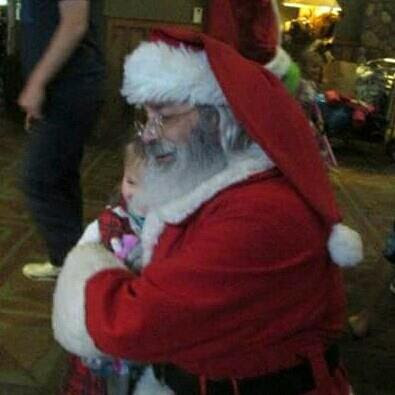 The first story of the season is dedicated to my beloved Santa Jim, who works hard to bring joy to everyone, all year, but especially to children at Christmas.   -- A


Saint Nicholas and the Stockings - a traditional story from Turkey They say that in that city of Myra, which is now called Demre, there was a poor man who had three good daughters.  Each of the daughters was of the age to marry, but the man lacked wealth to provide a dowry for any of them.
In that place in those days, a girl needed a dowry in order to marry, and so those three girls were destined to be sold into servitude.
On the night before the eldest daughter would be taken to the market to be sold as a slave, she washed out her stockings and hung them up by the fire to dry overnight.
In the darkness of the night, the family heard a strange sound of something heavy coming down the chimney.
In the morning, the girl found a heavy ball made of gold inside one of her stockings.  This was a very valuable gift, and enabled …
Post a Comment
Read more

In which the Solstice is past and the New Year looms: time for more stories 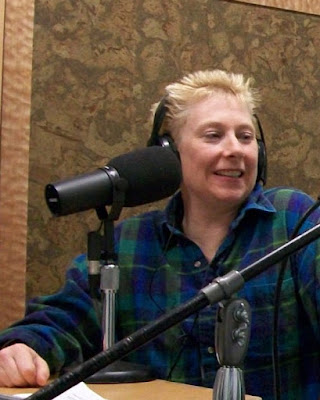 As always in December, I look out the windows and scowl at what I see.  Not the rain, of course.   I refuse to complain about weather that doesn't require a shovel.
But it's very DARK.
Sunrise for us on Solstice happens at 7:55am, and sunset occurs at 4:21pm.  Do the math and discover that our shortest day is 8 hours and 25 minutes long--and it is 7 hours and 34 minutes shorter than our longest day.
That's a lot of Dark.
Days--and nights--like these call for a storyteller.  Fortunately, I am one of those.

I have told the origin of my "gift of stories" tradition many times on this blog.  HERE is a link, if you want to read that.
As I always do in December, I will post stories to the blog for the next week, Some are folktales.  Some are literary stories.  Some have been gifted by other storytellers, other's I've lifted without permission.  (You know what they say about pirates....)
The 2009 stories begin HERE. 2010 stories begin HERE. 2011 stories begin…
Post a Comment
Read more

In which we practice what we preach, and everyone practices something 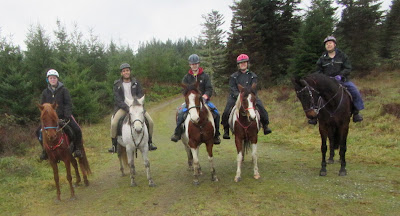 "Take us with you on the trails!" Kolton said to Patty and me after our lesson this week.

Kolton and Meagan want to do some distance riding in 2016.  Jonathan claims to mostly be a dressage rider, but we may someday convince him that trails are fun!


Today, we took the first step:  a Green Bean ride on trails.

After publishing the Endurance 101 book, I find the question that people ask most often is, "how do I get started training for endurance?"

The skills we need first have nothing to do with increasing speed and building muscles.  We will start that kind of work in a month or two.

Before we add any speed of any kind, we start with straightforward trail stuff: wide trails with a lot of puddles.  Some branches to step through.


Deep sand, sloggy mud.  Patty did some coaching, helping the younger riders to support their horses up and down hills.