Showing posts from January, 2019
Show all

In which there is a sunny interlude, so of course I go riding 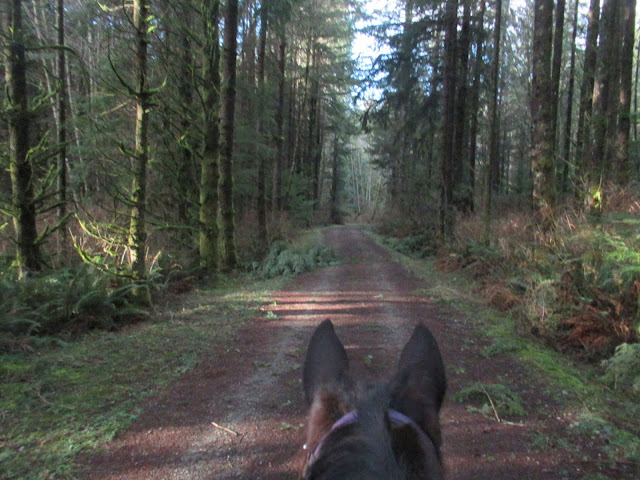 Almost every year, smack-dab in the middle of the dreary stuff, we have a week (sometimes two) of sunshine.

Apparently, that time is now.   And that means:  RIDING!


Darlene and I haven't ridden together for almost two years.  We needed to fix that.  So we met up at the trailhead last weekend.

Fiddle loves Darlene's mare Rosie...but Lola isn't as easy to love.  She pins her ears and makes ugly faces, and tries to grump-boss Fiddle around.

"Ooooh," I said to the Dragon.  "Darlene brought a baby horse!"

I don't know what it is about that phrase, but whenever I say it, Fiddle's posture relaxes and her ears flop.  She loves babies of all kinds.

So now whenever we meet any new horse, I say that it's a baby horse, even when it's clearly a senior citizen.

With the sunshine still happening--and the forecast says it will continue until next week!!!--more saddle time is needed.

In which the reason that God made winter is discussed: a book review 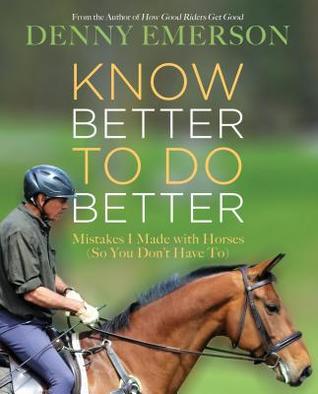 I don't buy many books.   I borrowed this one from the library...but after reading it, I plan to order a copy of my own.  It's that good.


Denny Emerson's name may be familiar to readers because he's a famous 3-Day Event rider.

Others may know him because of his extensive endurance career.
He's has been riding horses longer than most readers of this blog have been alive.  To hear him tell it, he's learned a few things along the way.
What I liked about this book:
The photos.

This book features photos of the author through the ages--and in many cases, a caption to point out what he's doing wrong in the picture--jumping ahead of the motion, maybe.  In an adjacent photo, he shows how he has changed and improved--and notes that sometimes it took him 20 years or more to repair himself!  It's encouraging, in a "misery loves company" kind of way, to see that even a world class rider has done stuff imperfectly...and that same rider still struggles to impro…
3 comments
Read more 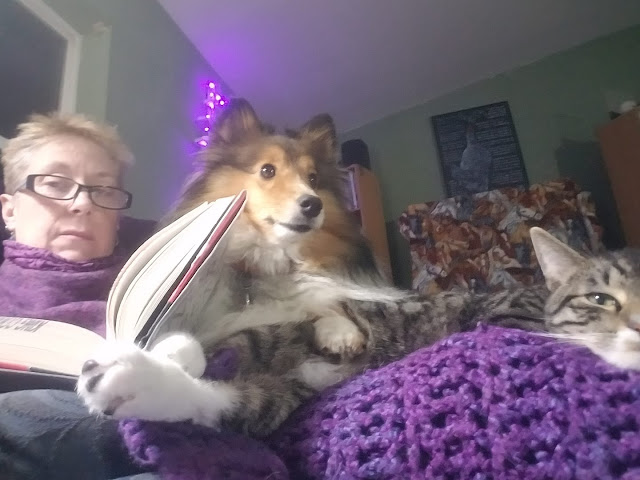 I grew up speaking "feline," which is a largely gestural/postural language.

If you pay attention, you will see cats doing most of their communication with their bodies, especially with the position of their ears and tails.  Not so much with the vocals.

The equine language can be considered a dialect of feline.  Again, the emphasis is on ears and tails, but other body parts are also quite expressive.  Like cats, horses mostly vocalize for emphasis.


I was always taught to look past the horse's ears while riding.  Looking at the ears would cause riders to drop their heads and stop paying attention to the outside world, and then chaos and mayhem would break loose.  Right?

But in my first lesson with guest instructor Ralph Drietzler yesterday, the emphasis was on my horse's ears, and the information her ears gave me.


"Relax back," he told me.  When he said that, my posture improved...and the Dragon's ears went forward. 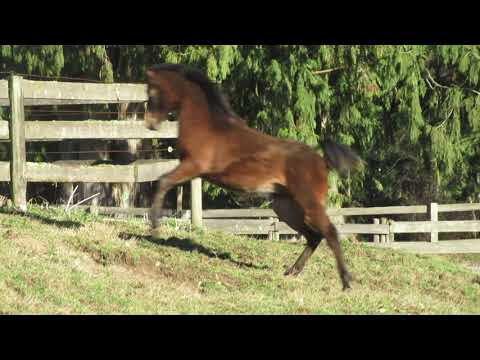 On a beautiful blue-sky day in winter, it's hard to stay still!

In which we start the year with something old, something new, and something blue 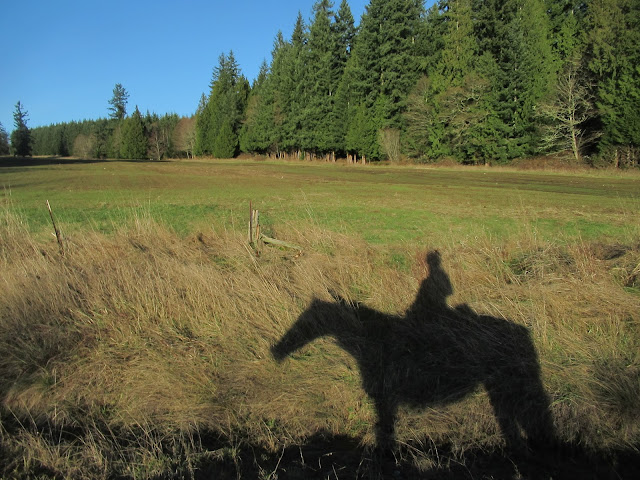 
This is becoming a tradition:


The sky wasn't blue, but it wasn't throwing anything nasty down either.  We'll call that a win.


To be clear:  this activity is new to me.


Fiddle (and Dory) know what they're doing, but I am at the very bottom of the learning curve, looking up.  We're practicing ground driving in harness for now, so I can get the hang of things.

We've enjoyed* several vigorous windstorms recently, which left trees and branches across many of our routes.

I was working on clearing one such today, when I was spontaneously joined by another rider and two hikers, who took turns with me yanking and sawing to get the tree out of our path.

With the route clear


we all made it to the turnaround point:

January 01, 2019
This is the final story-gift for this season.  May your year be bright and prosperous!
The Thief (Korea) Long ago, there was a thief--not just any thief, but the greatest thief that ever lived.
The police knew he was a thief, but could not catch him. The judges knew he was a thief, but could not try him. Even the king himself knew of this thief.
But, thieves are like any other person—they grow old. One day, when the thief was an old man, he was shopping for tea in a local shop. When he reached for his pocket, he realized he had no money.
He smiled to himself and thought, “Why do I need money? I’m a thief.”
He slipped the jar of tea into his sleeve and walked out the door.
As he walked down the street, a hand caught him by the shoulder and spun him around. It was a young police officer. “I watched you through the shop window and saw you steal that jar of tea,” said the young officer. “You are the thief my father always talked about, the greatest thief of all times. My father always…
Post a Comment
Read more
More posts