Showing posts from October, 2014
Show all

In which trick training makes communication a little easier 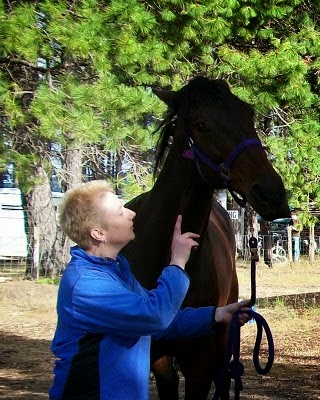 I've said before (though some people think I exaggerate some) that when Fiddle first came to me, she was dreadful.

If anything, I under-emphasize what a horrible horse she was when she first arrived in late 2006.

She was a biter.  She was a kicker.  She acted awful, and even more: she didn't give an overweight rodent rear-end about me and my opinions.

What we had (among other things) was a failure to communicate.

Fiddle didn't care if I praised her (or not), because what I thought was not important to her.

So, my first task wasn't to teach her a trick.  Before she could learn a trick, she needed to learn to value my praise.

Not an easy task.  Good thing I like a challenge!


Notice, in the video, that she offers me a trick and then changes things in response to my praise or lack of praise before the carrot is offered.  That's an important point.

As I said before, praise originally meant nothing t…
4 comments
Read more

In which a book inspires me, and everything looks nicer with pumpkins 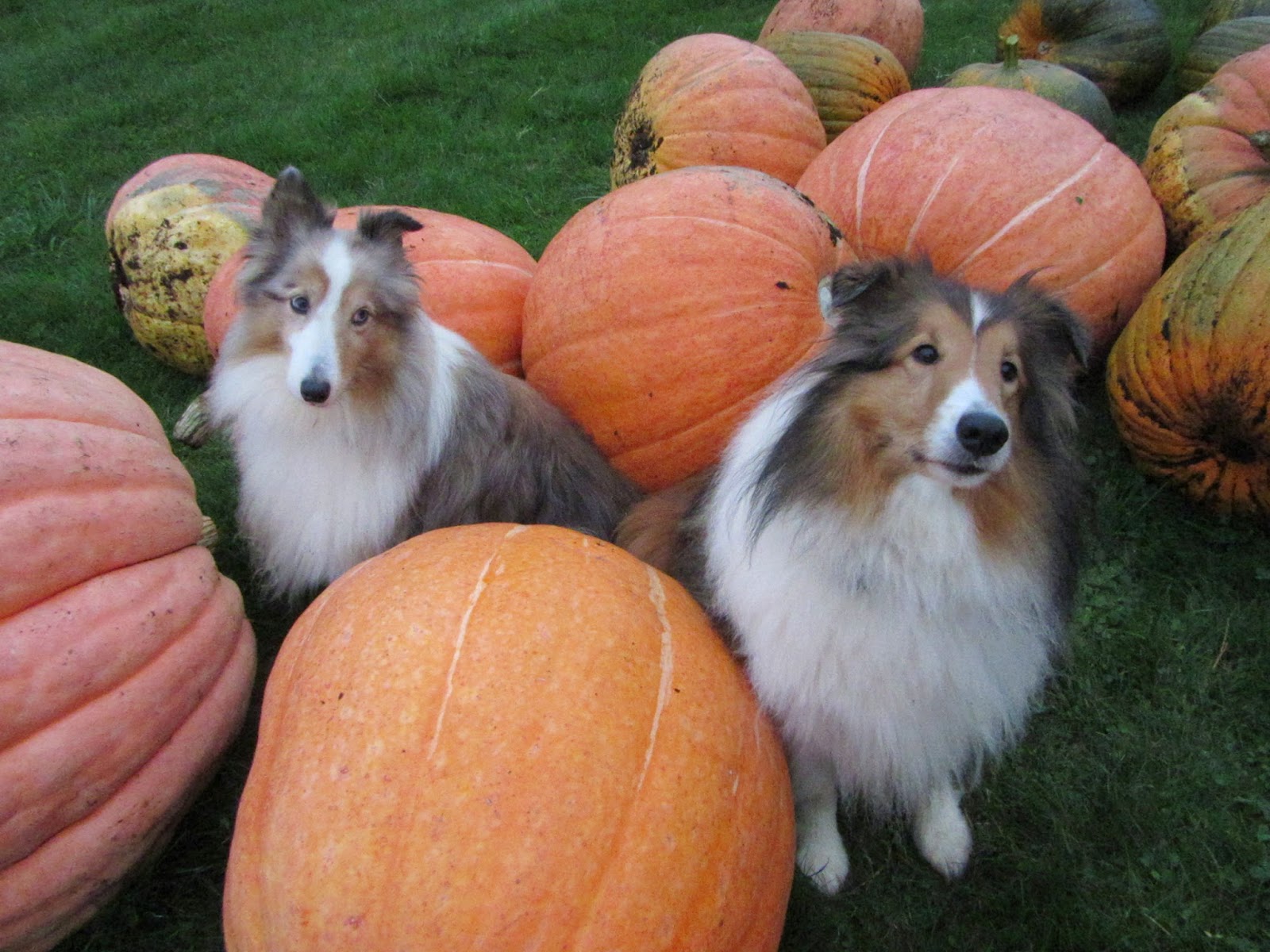 The weather today is wet and blustery, so it's good that we took advantage of calmer climes last weekend to harvest the pumpkins!

I've always absurdly loved pumpkins, and have been known to pull the truck off the road to photograph pumpkin fields, piles of pumpkins at roadside stands, and even the contents of pumpkin boxes at the grocery store.


I got hooked on growing Giant Pumpkins after reading a teen book:  Squashed  by Joan Bauer.


The book's plot sounds kind of silly:  a young teen girl would like to have a boyfriend, but she's pretty sure that nobody will ever understand her enthusiasm for growing Giant Pumpkins*


The reader is pretty sure that Ellie will never find romance too...until she goes to a birthday party and meets a boy obsessed with growing hybrid corn.    Courtship ensues.


It's a cute book, and after reading it, I decided to try growing the enormous variety of my favorite vegetables.


Some years, the produce is more spectacular than others.  Our fir…
4 comments
Read more

In which there's treasure and good news and Fiddle is patient, as always 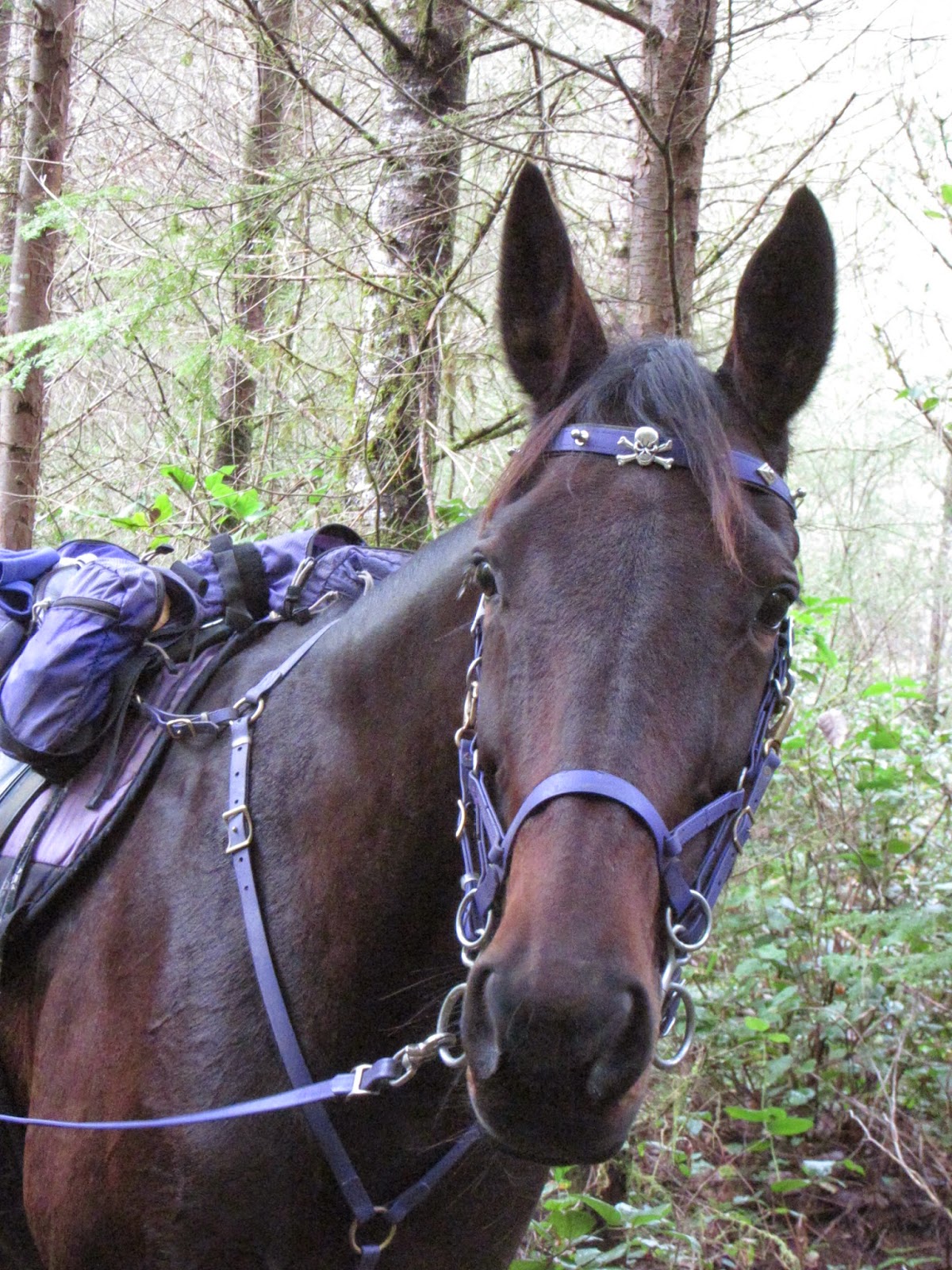 But I can't help myself.

Fee and I went out on a solo ramble to stretch out our brains for a few hours.  This is now officially the "off season," so we can kick back for a few months and relax.

We were also out as a sort of a celebration:  Santa Jim and I met with my surgeon yesterday to discuss the possibility of replacing my remaining (right) hip.

After studying x-rays from last February and April, and comparing them with x-rays taken this week, the surgeon concluded that my right hip isn't changing much.  It shows arthritis, certainly--the same arthritis that has been noted on x-rays for 20+ years.  However, in 8 months, even while my organic hip did more work while my titanium hip healed up, it didn't get worse.

This indicates that my right hip will probably not crash and burn quickly, the way my left hip did in 2013.

And that was my major fear:  that I would once again go rapidly from comfortably riding 50…
3 comments
Read more

In which one of the Usual Suspects smells particularly nice 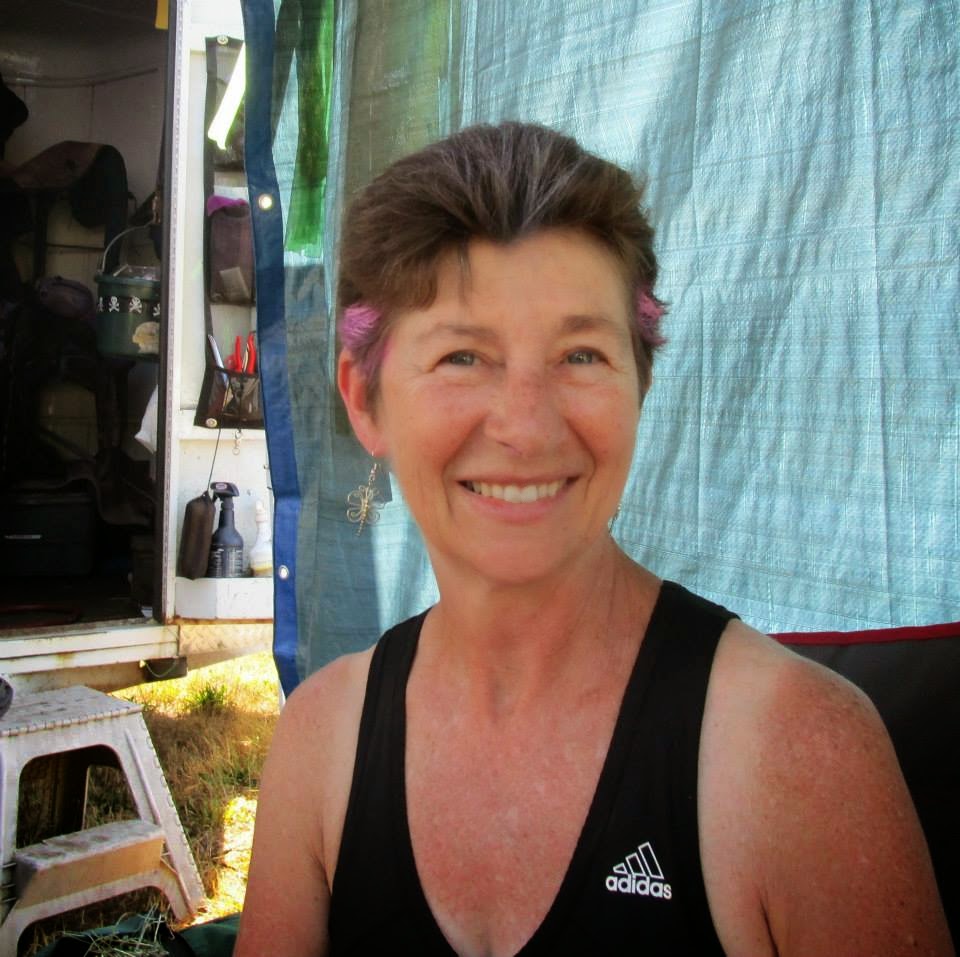 Betsey is one of the Usual Suspects, and like so many of us, she is fun, fascinating, and full of information.  In addition to her day-job in the high tech industry, she is working on becoming a Certified Aromatherapist.  We haven't quite got her convinced that she needs to ride endurance, but she definitely helps all of us crazy endurance riders do what we do!

Betsey has spent her life with animals (dogs, cats, horses, lizards and birds), and currently volunteers as a foster home and a "Fur and Feathers" blogger for the Everett Animal Shelter.


Betsey says:
I have always thought of Essential Oils as kind of “out there.” Since I have a background in science, I needed to understand the science behind how the oils work and why certain oils have the effect they do before I completely bought into the use of them despite the obviously beneficial effect they were having on me.  David Stewart’s “The Chemistry of Essential Oils” is a good reference …
1 comment
Read more

In which "time off" does not mean "we stay home"...and it's all about the food 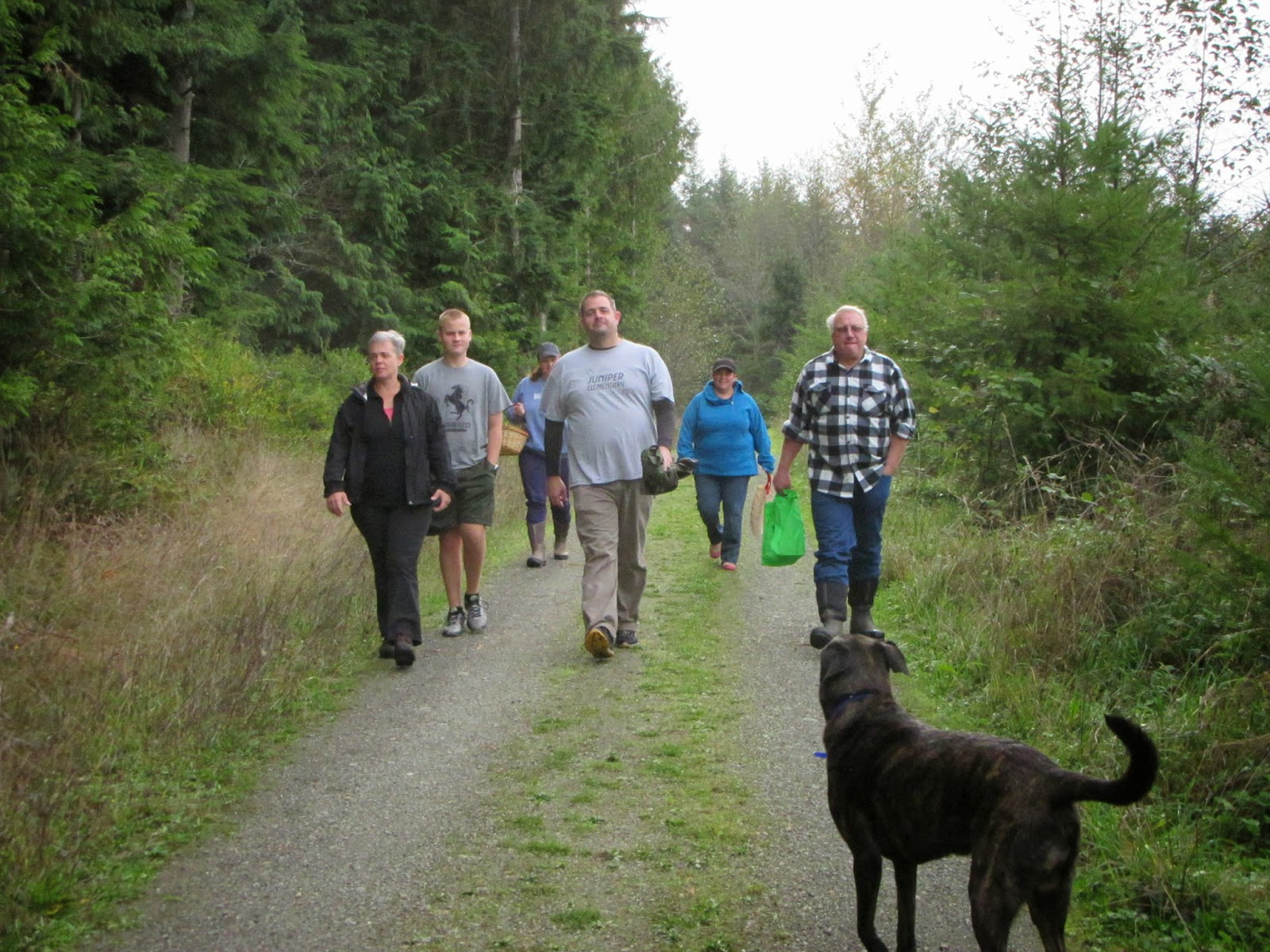 Rest time is important following an endurance ride, and even more so at the end of the competition season.

But that doesn't mean we stay off the trails!

A bunch of riders (and a few civilians) met up at our usual time and place and headed out down the trail with a mission:


Why do we do this?
'Cuz Chanterelle's a fun guy (fungi).

Why don't we stay home?
'Cuz there's not much room (mushroom).


Those are the only mushroom jokes I know, courtesy of 13-year-old Henry.

If you know more, the comment box is wide open.

We found plenty of poison...but we also found food!


Mushroom hunting is a good task to keep us busy while we recover from last weekend's excitement.

Patty no longer looks like a barroom brawler, but she hasn't entirely recovered from her gravity check.  But hey:  she found plenty of FOOD!