In which my favorite holiday approaches. Silliness ensues.

Noche Miller built the dragon mask (above) for me last year.  It's made from rubber floor mats (!) sculpted and glued and painted very beautifully.

The mask inspired me, and I had an elaborate plan to make myself a Viking costume and dress my horse as a Viking ship,

with the beautiful Dragon Mask as the prow of the boat, and shields along each side, maybe I would carry a red-and-white striped banner to be the "sail."

It was a great plan.  But it didn't happen last year.

And it mostly didn't happen this year--you will note that there are no shields, and there is no banner.

But I did manage to make the (horned) helmet!

I want to show off this thing, because it was really fun to make.

When making costumes in years past, I would always start with my feet.  Footgear is incredibly important to my costuming, because it has to look right and be comfortable, and I'm not willing to compromise much on either point.  It's hard to have fun in cute shoes that make my feet hurt.

However, when I started making costumes to wear on horseback, I realized that I needed to start at the other end of my body:

So, for the Viking costume, I started with the headgear.  I took apart the old helmet (above), removing and throwing out the bedazzled shell.  This helmet has "expired" anyhow, so it's not something I will use for everyday riding.

Do as I say, not as I do:  throw your old helmets away so nobody is tempted to use them as a regular helmet.

BUT, if a costume will be worn on horseback, wearing an old helmet is better than going bareheaded.  Adding paint and stuff to an unexpired helmet will void the warranty on most helmets, by the way.


The felt hat was too small to just drop over the top of the old helmet.  So I got out the scissors and cut it in half.

Using black Gorilla Tape™ I attached each the eastern and western hemisphere of the hat to the helmet foam.  This made a weird shape, like two sides of a brain.  Blech.  So, I filled in the dip between the sides with more layers of black tape.

Then, I re-used the trim I had removed.

The fur around the rubber horns feels like real rabbit fur, and I pulled it away while I was using the hot-glue gun, then stuck it back in place to hide the seams.


Monica's old leather-and-brass belt got re-purposed as the bottom trim of the helmet.


Once Betsey finished shooting pictures of the Dragon and me being Vikings, we pulled out a bunch of silly costumes for the dogs.


I get to tell a (not-very-scary) story and then lead the "storytime parade" of small children in costumes banging sticks and bells through the library to celebrate Hallowe'en this week.

Of course, I'll be wearing a costume, too.  Because that's my favorite part! 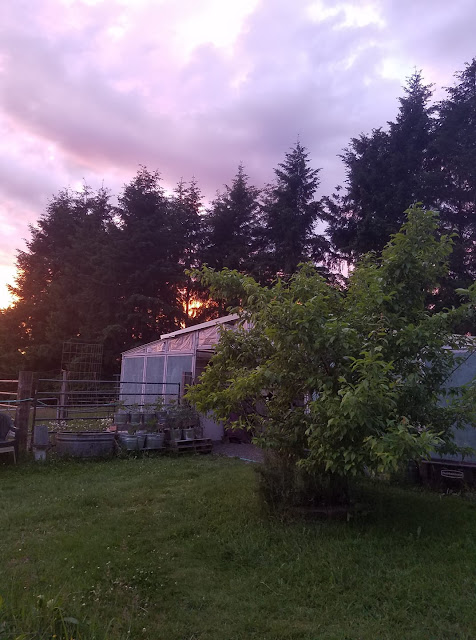