In which there were plans, then the world ended, so we changed the plans

July 10, 2020
We had grand and festive plans for a Grand Opening of the White Horse Trail:
horses! bicycles! strollers! dogs!  balloons!  a marching band! a bouncy house!
Then, the World Ended.

We still wanted to get out on the trail.  And Parks wanted some photos of folks (especially equestrians) so that they could promote the trail (eventually).
Out we went.

Social distancing isn't that difficult on horseback.
Monica took photos to document the (non)-event.
Jim took photos of Monica, so she wouldn't be left out.


The weather didn't dump down on us (until after the ride), the morning was peaceful and fun.


In the After Times, this is as much festivity as we can muster.
It may not be Grand, but it's Pretty Good.
Amy Byron Catherine Cathy Executive Horse Council Fiddle Jim Lynette Monica party purple hair White Horse Trail 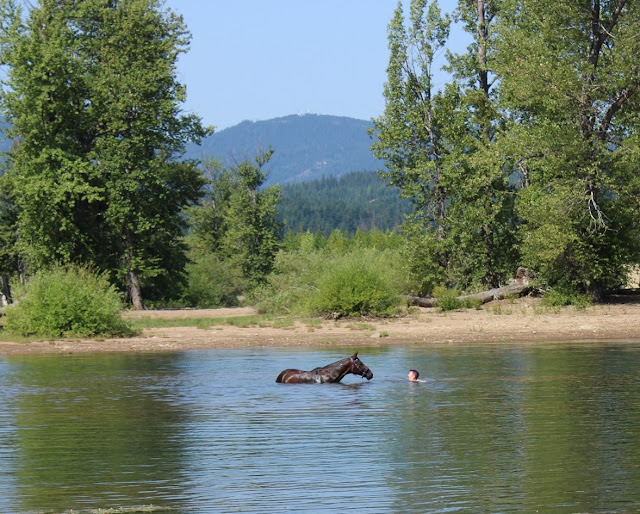 In the Before Times, Jim and I spent a lot of summertime camping with friends and horses.  We like to explore new places, build trails, hang out away from work and home, and cook crazy meals on campstoves to share with our friends.

We still like those things, but with the various quarantines and lockdowns they haven't been happening.
Finally, Catherine sent out a note:  "let's go up to Silver Ridge Ranch mid-week and hang out distantly!"
Oh, hell yes.

Normally we prefer dispersed-camping in wilderness areas, but this isn't the year for that.  Okay then.  I visited this camp in 2010 for a poker ride, fully intending to return and ride there again.  I kinda meant to go back sooner than this, but here we are, 10 years later.


Then, in the afternoons, we left the animals snoozing in the shade of camp

In which Fiddle's feet are looking better than ever. And soon: we're off! 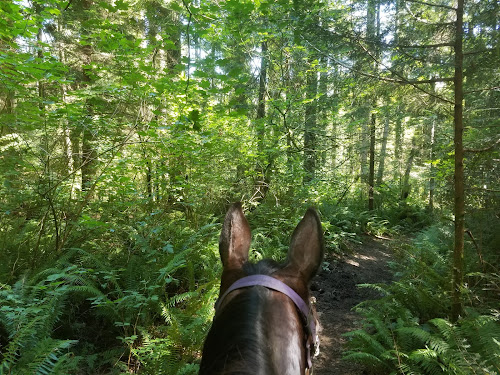 I fell in love with Fiddle's feet before she even had a name.


The first night that she was delivered to me, I put her in the cross-ties to dust her off before putting her in a stall, and when I picked up that first foot I remember thinking I cannot send a horse with such great feet back to Canada.
And, clearly, I didn't send her back.
But finding the Right Farrier for her hasn't always been easy.  She loved Ron, and so did I.  Sadly, Ron's back was giving him too much pain (at age 75, after 60+ years of being a farrier) to continue forever.
The next two farriers were not successful, especially the guy who insisted on patting Fee's face.  She hates to have her face patted.  She will tolerate it (after much practice) from pretty much everyone, but she doesn't like it--and anybody who knows anything about horses can see from her body language that she doesn't like it.  The face-patter insisted that all horses like it.  Out the gate he went.
And now, there's M…
Read more

In which time moves slowly, except out in the vegetable gardens 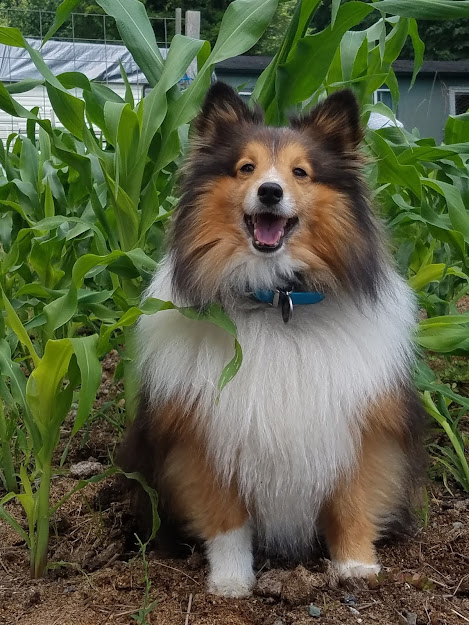 Lockdown continues to be boring.  That's not a bad thing.   "Excitement" during lockdown is something to avoid.

Aside from a few short shifts at an actual library (!!!!) I've pretty much been hanging out at home.
Fortunately, I'm not alone here.  And it's hard to be bored on a farm.

Of course, I don't have to stay on the farm all the time.  Some days, I go riding.